The following graphics show the intended route for Tropical Depression Thirteen as well as the Tropical Depression route for Fourteen. Thirteen has formed over the Mid-Atlantic and is projected to hit South Florida on Monday afternoon. Today, August 20th, 2020, Thirteen is moving at about 21 mph NW with sustained winds of 35 mph, Thirteen is expected to grow quickly and have sustained winds of 70 mph with gusts up to 85 mph when arriving in South Florida on Monday. This would then classify it as a Category 1 Hurricane.

Fourteen just formed over the Caribbean and is now moving west at 21 mph. The tropical depression currently has sustained winds of 35 mph and is now hurtling towards the south coast of Texas. Fourteen is projected to make landfall on Tuesday morning with sustained winds of 60 mph with gusts up to 80 mph.

This is the first time in many years that the National Hurricane Center has named two Tropical Depressions on the same day. To make matters worse, they are both expected to landfall on the same day. In times like these, it is extremely important to stay informed and up to date on the movements of the storm to ensure that you are readily prepared if these tropical depressions decide to take a turn for the worse and make landfall on a coast near you. 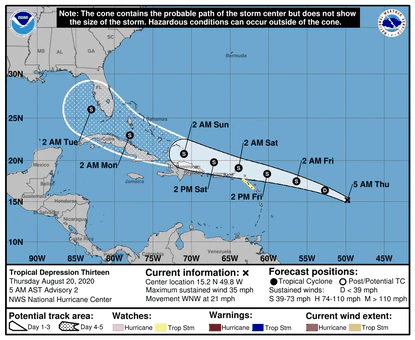 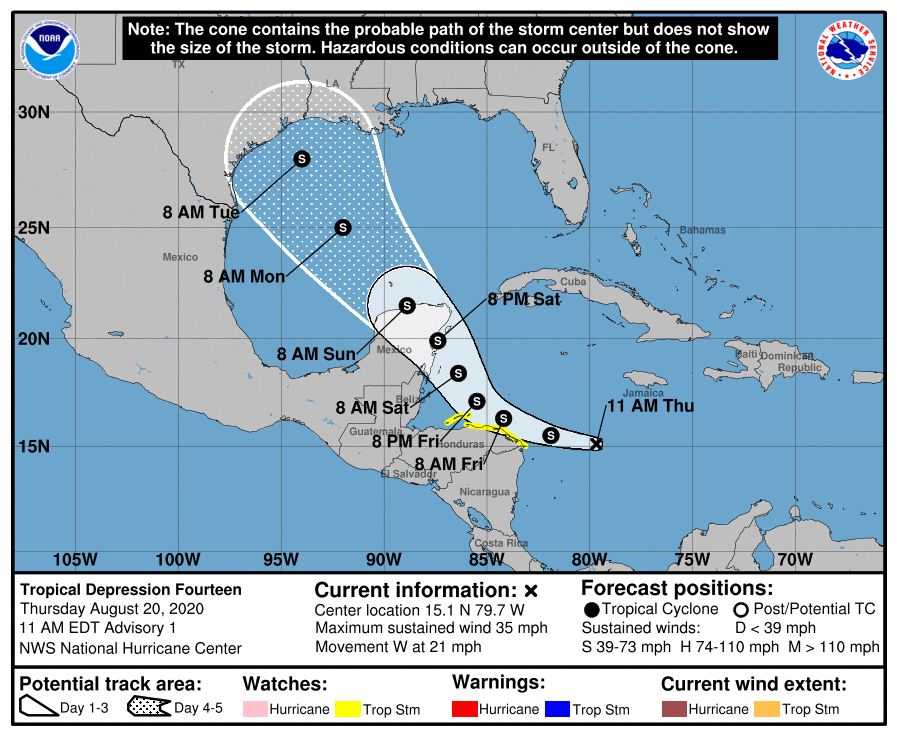